Many pints, a half decent kip and a hearty breakfast later, and Game Two was appearing over the horizon. As a reward for his efforts for the oppo yesterday, Dicky was awarded the hospital pass of skippering the Sunday fixture against Denton CC – he was the only change from yesterday’s victorious XI as the[…] 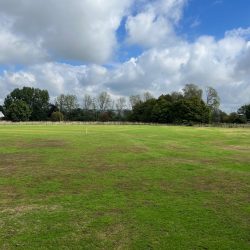 And so we arrive at the most hotly anticipated weekend of the year – the Stone ’22 tour! This year’s destination was to be a trip down to the south coast to Brighton. The author of this match report was unfortunately pre-booked for the Friday of the Test match at the Oval which, down to the[…]